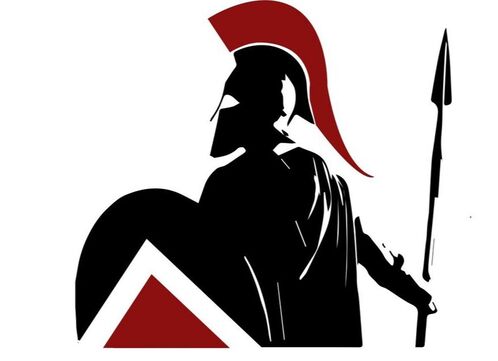 The race is an anniversary for the 2500 years of the battle of Thermopyles.
​   The Prefecture of Peloponnesse, the Municipality of Tripolis, the Municipality of Sparta and Spartan Runners, release the ultra running race of 80 km which is called King Leonidas race 80km.
This race connects the statues of 2 Greek Heroes, from which the runners will pass by:
- The statue of the General Theodoros Kolokotronis in Tripolis.
- The statue of King Leonidas in Sparta.

The race will take place the same time with the Immortals Race 140km until Sparti which is the finish line for King Leonidas race.
The whole race is on public roads. At no point the race is in trails or paths.

The race will start at 13:45 in front of General Theodoros Kolokotronis' statue in Areos Square of Tripolis. After the first meters inside the square, athletes will run for about 2 km inside the city of Tripolis following the route to the old national road of Tripolis-Kalamata. After 18 km after the village of of Kato Asea athletes will turn left to the village of Paparis, which is in the 24th km. After a couple of km athletes will be in the mountain Taygetos and next to its peak line. At the 30th km athletes will be in Schortsinos village and after 8 km in the springs of Evrotas river, where is the first central station.  Additionally, after this station all athletes must have a head torch so as to continue the race and and this will be checked by the organisation. After Evrotas' springs athletes will pass through all the beautiful villages of Taygetos, where stations are available:
- Loganikos
- Agoriani
- Georgitsi
- Alevrou
- Kastori
- Kastri
- Vordonia
- Servou
while at the 75th km athletes will turn right in Karavas, where a station is available. After 5 km is Sparta, the capital city of Laconia prefecture, at the 80th km.

PARTICIPATION CRITERIAN
So as to participate in 80km race you need the following participation criteria in the last two years:
- To finish at least one marathon race on time.

REGISTRATION
The registrations  will completed at 18 October 2020 until 00.00 the night
In order to register for the race please follow the link:https://results.chronolog.gr/registrationc1.aspx?h=a73d1d57b580035efb3534488b9d5fcd&l=EN